A Clockmaker's Tale is an original short story game about a clock maker being tasked with fixing the Grand City clock tower. Since it broke, mysterious things have happened, and you must discover the secrets behind the clocks in order to save the world.

Hey there! I found out about your game through one of your videos (on Game Boy Showdown, since I have a recent interest in Game Boy development) and decided to give it a try. :)

Takeaway: to me, the whole narration and map is great as a basis for an adventure game; I also think both ideas of repairing clocks and having plants pop up as obstacles have the potential for riddles, and the clock one especially as being distinctly different from what Zelda does. My suggestions of having each object have a specific use may be too close to Zelda, but maybe you can have a twist on this by having each object behave specifically in the clockwork riddles?

In its current state, the game feels as essentially narratively driven (and thus a tale, as the title forebodes), but I feel you already have nice elements to build up upon and get an engaging adventure game that makes you think, while departing from Zelda (because I think originality is paramount, but this is a personal quirk and obsession :p). I do not dare advising linking the clocks to passage of time because of Oracle of Ages and even more Majora’s Mask XD, but hey, maybe you can think of some clever time-related twist(s) to connect even better with the time theme. And finally, getting the map smaller (or scaled to whatever gameplay content you decide) but more packed with riddles/challenges could solve the navigation problem (by having a more autonomous player still figure his way out). I may be wrong, but I tend to think that in general, designing things as just enough to contain the main focus gives an interesting result for the player.

The amount of work for designing the map and all the details must have been something, this game could surely go somewhere if you extend it! Do not be too harsh on yourself, I see such experiments as useful to enhance them and possibly enhance yourself in the process. :)

Thank you so much for such an extensive experience breakdown! This is invaluable to developers!
I completely agree with you on most points, unfortunately I gave myself a week to concept and create the entire game so there are some very obvious flaws. If I ever remake this game or create a sequel, I will definitely take into consideration everything you have said here.
Thank you again, so so so much!

This is invaluable to developers!

I figured by commenting in game jams where I had a massive amount of testing to achieve that having a semi-log + semi-test was both quicker and still appreciated by the creators, so this became my standard way of reviewing. :) … Although I may have slowly turned to writing down more things, which ends up taking even more time. XD Anyway, it is worth it!

unfortunately I gave myself a week to concept and create the entire game so there are some very obvious flaws.

I knew the context, and it is obvious to me that a short game jam game does not have to hold up to the same standard as a game that was given months of development; actually, that is partly why I am always thinking ‘How could the game be extended?’ for such games. :)

Thank you again, so so so much!

Thank you for the game and thank you for your videos and the love for Game Boy. :) The whole ‘Game Boy revival’ and the concept of having even more freedom through creating physical cartridge/flashcart games really appeals to me (even though I am trying to be versatile), your contributions are a part of it, and you surely helped way more people with your extensive work than my little quibbling written down on a cosy Friday evening. ;) Criticism is easy but art is difficult. (… That is a French proverb, not sure if it also exists in English. XD)

I knew what i will find if i start playing because it has a Robert Doman stamp. Nice art. Neat gameplay. Cool music. And you delivered!!! Another one for your portfolio. Rated & enjoyed. I don't think you might need it ; but if you continue developing the game & need some puzzle, i'm here. Peace.

I'm glad you enjoyed it though. If I were to expand it I think I would need your help with puzzles! Your Rewind Time game is really good, the puzzle design is fantastic!

A big thank you. My english is not that good. I prepared a quest for you without reading well the "if" part. So it's ready, if you use or not, that's not a problem for me. I could sent it to you by dm.

I would love to see what you put are thinking!

ohhh so cute, so fun! loved it, beautiful art!

Really glad you liked it! Thank you for playing!

How you did all this in 7 days is mind boggling. Great job and great game. I thought it was a really unique concept.

Thank your for playing and making a video, it was really fun!
Regarding the map size, on the way back from each clock tower there are shortcuts, but you only took about 50% of them and you didn't seem aware of them which was interesting, but the fact I made it in 7 days meant I wasn't able to test it on anyone to see how effective they were. I'm glad the large map overall made it feel more like a complete game though!
Thank you for playing!

Very sweet game, loved it. Congratulations. The art is great and the clock fixing is enagaging. This could definately be developed into something larger.

Thank you so much! Really glad you liked it

Thanks for joining the jam and making such a great game in only 7 days.
*And this map is huuuuge! :o

Thank you for your kindness! Although the map seemed big, I hope it wasn't too overwhelming or hard to navigate?

The readable signs really helped to find the right path!

Cool game! I don't think I've seen a mechanic like the clock fixing in a Game Boy game before. Fun and unique.

The map felt huge. There is a lot of walking, so I'm glad there was a run button to help. Is there a way to make the run constant, instead having to keep tapping it?

Good luck in the jam!

Thank you! I'm glad you felt the map was huge and the mechanics unique! Regarding constant running, I made it not constant so you have to keep tapping it. I wanted you feel more stressed and add urgency to the game because it is pretty lacking otherwise.

Makes sense. I thought that might be the case. It's more interactive that way and fits the jam's theme.

Unfortunately, I won’t be able to vote for this because I didn’t start on Jam, but I really wanted to, but unfortunately I’m working on something else. But I really like your idea, Max is right, it could be one like Prof. Layton games, because you can do it smoothly! :) Skillful, 5/5.

Thank you for playing, I'm glad you liked it!

I like this. Good music. Cool premise. I like the idea of being a clock maker and fixing clocks. I think the activity of fixing the clocks themselves is fun

I’dlike to see this game develop more after the jam. Some things that would be fun: Maybe make the story a little different. Especially would like it to start small, like you’re just fixing people’s clocks and watches and then there’s a mystery

Also, I like fixing the clocks and I think it would be fun to have some brainteasing or puzzle elements to add some challenge

Overall, I think this could really become a full game

Thank you playing, I'm really glad the premise was fun!
I completely agree with everything you said. I would have loved to make some stronger puzzle mechanics, the idea of starting small and fixing small things would work great with that. 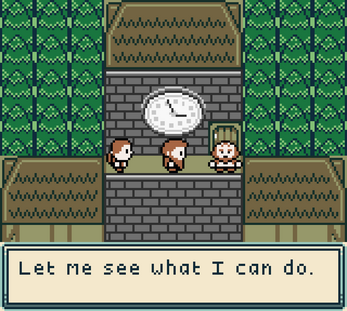 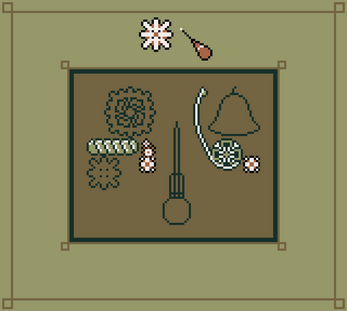 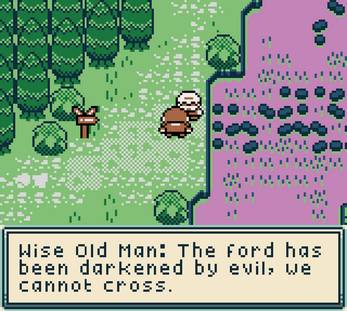 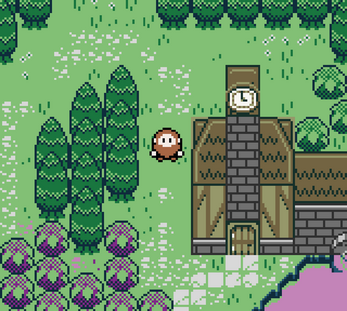 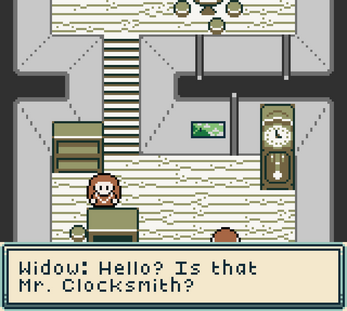